You are here: Home / Annette's Blog / Stories with a Moral Blueprint – part 3 of 8 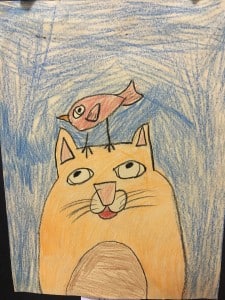 Trust is the story of not doing what you could get away with, because you care about someone other than yourself.

If morals need stories to thrive, it might also be true that stories need morals to thrive. Technically the stories you tell do not require moral intentions. Yet practical experience teaches us that few of the stories we cherish could possibly be classified as amoral. A story may not portray your preferred morals, but all stories, at least the interesting ones, embed moral lessons by correlating certain behaviors with consequences. It is hard to tell stories that reward faith in positive consequences like freedom, justice, and trust without exposing the truth that economic reasoning will never be equipped to achieve these kinds of subjective goals.

Few, if any, Hollywood blockbusters could demand our attention without portraying some kind of moral conflict between good and evil. Marvel’s 2018 movie Black Panther reinforces a similar moral lesson to the one Seuss teaches in The Cat in the Hat when the king decides to risk the danger of revealing his kingdom’s extravagant resources in order to clean up global messes. Disaster movies present one moral dilemma after another. Even the stories about characters who don’t know how to clean up their own messes (Thank you, Quentin Tarantino) deliver a moral lesson about the consequences of leaving messes for others.

Brian Boyd makes a strong case that storytelling is a survival mechanism in his book On the Origin of Stories, stating that humans have a “natural appetite” for information, “especially for pattern, and information that falls into meaningful arrays from which we can make rich inferences.” Stories pass along behavioral information that is just as important to our survival as the information passed along in our DNA.

Stories that stress mutual success might be more important now than they ever have been. The suicide rate for Americans is up 30 percent since 2000. Globally, suicide rates are up 60 percent over the past fifty years. According to the most recent Edelman Trust Barometer, the United States shows a “shattering loss of trust” that is the “steepest most dramatic decline in trust ever measured since the barometer began in 2000.” Over two thirds of the markets measured by Edelman Trust Barometer indicate trust levels below 50 percent.

There has to be a reason that “biology turns loneliness into a disease,” according to UCLA professor Steve Cole, who studies the effects of loneliness at the molecular level. The physical costs of isolation for adults is said to be a 25 percent increase in mortality that translates to AARP’s estimate of $6.7 billion annually in extra Medicare expenditures. “Me first” stories aren’t inherently bad, but a tsunami of “me first” stories leads to an erosion of trust when “me first” stories begin to replace “all for one, one for all” stories.

Social media systems designed to siphon off social trust to achieve short-term economic goals surely diminish the trust left over to achieve noneconomic goals, like sustaining faith in our fellow humans. The decision to trust corporate platforms with the care and maintenance of our social connections have revealed the dangers of this misplaced trust. We don’t trust friends who tell our secrets, and yet we temporarily trusted commercial interests that not only told but sold our secrets. Trust in Facebook dropped from 79 percent to 27 percent after customers learned the social platform ignored reports that Cambridge Analytica did not observe consent requirements before harvesting and exploiting the personal data of millions so they could pursue questionable political agendas using coercive stories.

It is hard for us to call out this kind of duplicity when we are overwhelmed with stories that drive us to seek speed rather than slow down long enough to reflect. When a corporation only rewards fast, measurable returns, it unintentionally marginalizes employees’ moral concerns and trains employees to “value growth above trust.” Like billionaire CEO Marc Benioff of Salesforce says, “A company like ours can’t be successful in an unsuccessful economy or in an unsuccessful environment or where the school system doesn’t work.” Benioff blends service work into the company culture so real-life experiences of showing and earning trust ensure employees are better equipped to identify the times when growth means losing trust. It’s a difficult choice to make, but almost always better in the long run to preserve trust by avoiding the option of exploiting “opportunities” that sacrifice trust you will need later on.

Truth in Storytelling When I wrote the first edition of The Story Factor twenty years ago, I began with the... END_OF_DOCUMENT_TOKEN_TO_BE_REPLACED

The Moral Dilemmas of a Lion, a Scarecrow, and a Tin Man Frank Baum’s original introduction to The Wizard of... END_OF_DOCUMENT_TOKEN_TO_BE_REPLACED

Blueprints for Building Trust Learning to drive was fun until I hit the mailbox. I burst into tears, blaming... END_OF_DOCUMENT_TOKEN_TO_BE_REPLACED

Brand Stories: Trust Based on Trustworthy Behaviors Nike has employed corporate storytellers since the 1990s. Their decision to illustrate... END_OF_DOCUMENT_TOKEN_TO_BE_REPLACED