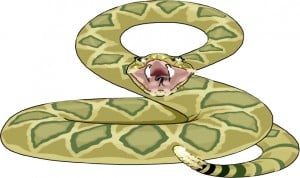 Let me lull you into a false sense of security. You are feeling sle-e-epy.

“There was clearly an executive who would ‘roger up’ on everything but then do his own thing. He would agree on the way things would be done in a meeting and then go out and do as he damn well pleased.”

“So they would say they were going to do something and then not do it. The effect of that was that I didn’t get the information that I needed to resolve the problem, I didn’t know until it was too late.”

“They drag their feet by saying they will run a test and then they won’t run the test. Some other important priority came up and they couldn’t get on [it.].  For months and months they would never get the data.”

Have you ever brought up a tough issue, heard “Okay, we’ll get right on it,” but felt deep in your bones that this person or group was simply buying time and had no intention whatsoever of “getting right on it?” Unless they meant they’d get right on undermining your approach. In a group pressed for time, a promise to act or superficial agreement effectively halts further discussion and buys a game player enough time to kill the idea or let it die a languid death in the “too hard” basket.

“You get all five divisions together, they promise to work together and they act like the CEO calls the shots. Thay all walk out of the room in complete agreement with him collectively.  The pretend and go along with it…They just say one thing and do something else…When they go back to their five regions it will be ‘the hell with everybody else.’”

Strategic Non-Compliance is a tactic that buys time by convincing you that you don’t need to keep trying to influence others because if they can convince you that you’ve already won, then you will shut up.  It reminds me of the fake handshake where the other person suddenly removes their hand to smooth their hair and you feel like a goober with your hand out and more than a little bit humiliated. (a double play with the indimitaion game)

However this is not just something “other people” do, we’ve all done it.  (spoiler alert: all of us play all ten games at one time or another) The first time you told your parent “Okay, okay, I’ll do it,” and went right on not doing it – you played the strategic non-compliance game.  You didn’t have malicious intent. You intended to do it, but you said yes primarily to get Mom, Dad, or the boss to just go away. That doesn’t mean that when people say “yes” they don’t mean it. But good intentions can fade pretty quickly.

“He wasn’t aggressive with it. He was passive. He didn’t say, ‘This thing is not going to work.’ He said, ‘This will work; I’m all for it; we have to do it; we have to make sure it is successful. I want to make sure it is successful”…Just let me train these people and when they are ready to go they we’ll move along to the next step.’ So he agree in principles but yet his behavior was that he delayed it as long as possible.”

As long as we play these games and then protect ourselves with plausible deniability: “I meant to, but…Oh, I must have forgotten…I depended on you to remind me….oh darn did I miss the deadline?” we stay blind to the unconscious ways we defend ourselves from having to face tough truths that require personal sacrifice.  If territorial impulses are part of human nature (and I think they are) there is no way to drive out human impulses to be territorial.  These ten games will always be part of our shadow selves. The point is, that like any shadow – these territorial impulses need to be examined and understood in the light of day if we have any hope for finding big picture collective solutions.

I’ve been trying to infiltrate the halls of power for decades. My secret mission is to increase the diversity of thought by teaching those without a voice how to tell their stories and by teaching leaders how to find and retell stories that broaden everyone’s understanding. END_OF_DOCUMENT_TOKEN_TO_BE_REPLACED

Truth in Storytelling When I wrote the first edition of The Story Factor twenty years ago, I began with the... END_OF_DOCUMENT_TOKEN_TO_BE_REPLACED

The Moral Dilemmas of a Lion, a Scarecrow, and a Tin Man Frank Baum’s original introduction to The Wizard of... END_OF_DOCUMENT_TOKEN_TO_BE_REPLACED

Blueprints for Building Trust Learning to drive was fun until I hit the mailbox. I burst into tears, blaming... END_OF_DOCUMENT_TOKEN_TO_BE_REPLACED