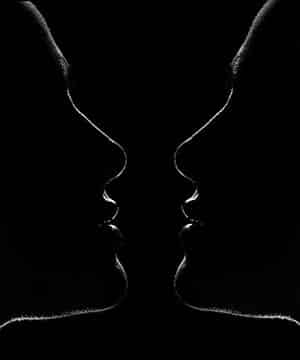 “Politics is the art of looking for trouble, finding it everywhere, diagnosing it incorrectly and applying the wrong remedies.”  Groucho Marx

Troublemakers erode trust faster than we can build it back right now. Yet, many of these “troubles” are invented conflicts that distort predictably contrasting values. It helps to know what to look for. And once you know how to anticipate divisive reasoning, you can diagnose it correctly, apply the right remedies, and rebuild trust in the process.

People invested in the “art of looking for trouble” use unavoidable paradoxes to cause conflict. Help your work group see these patterns and it is like flipping on a light switch that reveals collaborative solutions hidden from adversarial points of view.

Ask your work group what makes a leader trustworthy, and you will probably hear a mix of paradoxical expectations: humility and decisiveness, quality and quantity. And while we blithely embrace the idea that leadership is a both/and prospect, it is a helluva awkward goal to pull off in real life.

Listening, a form of humility-in-action, may be covertly mocked as a weakness by those who glorify certainty, speed, and action. One decisive act that delivers unintended offense results in accusations of malicious intent. And once your work group is all stirred up, collaboration suffers.

We need leaders who are both firm and flexible, both efficient and ethical. Yet being firm can shut people down and being ethical can look wildly inefficient. These conflicting paradoxical values initiate a “violation of logic” that unmediated, damages trust. We need a better way to describe the predictable contrasts that happen when two (or more) equally important values can only be achieved in tandem, not simultaneously. For instance, safety and freedom have a paradoxical (inverse) relationship. Safety measures often hinder freedom and vice versa. But that doesn’t mean we have to divide ourselves into Team Safety and Team Freedom and fight it out. There are much better ways to deal with easily predicted contrasts than framing them as conflicts.

We humans are concerned about “fairness” from the time we are infants. It’s vital to our survival to discern between trustworthy people/systems and untrustworthy people/systems. Infants, who watch a puppet show as a kitten puppet tries to open a box while one bunny helps and another bunny keeps shutting the lid, show a clear preference for the helpful bunny. From the time we are born until we die, our life circumstances depend on making good distinctions between trustworthy and untrustworthy situations. But characterizing contrasting perceptions of fairness as conflicts destroys trust.

When I ask participants in a work group to anonymously write on an index card the percentage of trust and honesty within their group, using a 0-100% scale, the numbers generally range from 90% (the leaders) down to 0%, with an average often below 65%. If that remotely represents the true ­–­ though, in fact, unquantifiable ­­– level of trust among participants, 65% is a sad result.

Trust Depends on Perceptions of Fairness

Expectations of reciprocity fuel contributions toward organizational goals. But we rarely think about how mismatched our expectations of reciprocity can be. I expect my paycheck at the end of the month so I give you a month of my time, energy, creativity, and effort with the trust that you will come through with my check. I trust that you will treat me fairly so I work hard. Unless… I unexpectedly help bring in a huge account that makes the company several million dollars; in which case I expect more than my usual paycheck, because “that’s only fair.” And if I am not treated “fairly” (by my definition), I will be taking a lot of sick days this month. I won’t work as hard and I might just “forget” to finish that report you wanted. Once a situation feels unfair, willing contributions decrease and in severe cases deteriorate into sabotage often without any understanding of how and why trust was broken.

The subjective nature of what is and isn’t fair is unavoidable. Forcing a single explicit definition of fairness only guarantees we violate alternative perceptions. We need more flexibility in order to grow trust by treating people fairly on their own terms. Old assumptions by economists that assume any “rational” person will maximize utility are upended by economic experiments that illustrate how establishing reciprocity­ is, at times, more important than gaining utility. People defer the immediate goal of maximizing utility when they act generously to establish “trust” for future mutual benefits. Many forego utility by spending their own money to punish free riders. These technically irrational decisions inspire future reciprocity specifically by bypassing a short term opportunity to profit to establish long-term trust. It is a violation of logic, but that’s how trust works. Trust is an act of faith.

What seems fair to one person can simultaneously be interpreted as unfair via at least six other mathematically defensible interpretations. Every decision to give time, energy, money or attention includes a complex (largely subconscious) evaluation of past experiences and future impact on status, family, monetary impact, peer behavior and more. Organizational success depends on a critical mass of individuals who trust that they will get a fair return for their efforts. How do they interpret a fair return? Here are at least seven contrasting interpretations of fairness:

 Fairness means we all share equally:
“Six people and three new laptops mean each laptop should be shared by two people. All for one and one for all.”
 Fairness means whoever worked hardest gets the most:
“Hey now, I work twelve hours a day and this guy I’m supposed to share with barely puts in four hours so it’s only fair to give me a laptop to myself and let him wait until we get more.”
 Fairness means whoever contributed the most gets the most:
“Whoa, there, Mr. Martyr. You may spend twelve hours a day working, but I’m the rain maker. I brought in the Mr. Big Bucks account so I get as many laptops as I need. It was my contribution that paid for them.”
 Fairness means those who have been here the longest get the most:
“Sorry Golden Girl, you may have had a good year but I’ve been here for twenty years. I am also the union representative so I will be getting the first new laptop that walks in that door.

 Fairness means whoever needs it the most gets the most:
“No one here is in any position to make demands. All three laptops are going to our office that was damaged by the flood. They lost everything and they need them more than we do.”
 Fairness means whoever got there first gets the most:
“Look, Sister Teresa, possession is nine tenths of the law. The laptops in question are already in use by my staff. You guys are too late.”
 Fairness means whoever is clever enough to win the game of business deserves what they win:
“Actually, my agent negotiated in my contract that both I and my assistant get new laptops every two years, so you guys can argue over this remaining one, but two of those computers belong to me.”

Simply reading this list destabilizes one’s confidence that fair has a definition. And that’s a good thing. Jumping to the conclusion that someone with a contrasting point of view is unfair or irrelevant fuels distrust. The imprecision of these interpretations is not in question. The point is that because fairness is impossible to define we need to do a much better job of creating a range of perceptions of fairness.

Getting around the impossibility of Equality/Fairness

He never found a formula where all four equations could be true at the same time. At one level, he proved equality is impossible. For a long time economists seemed to assume that meant there was no use trying to improve perceptions of equality.

Amartya Sen won a Nobel Prize in 1998 for contributions to welfare economics. His work shows how often injustice causes war and famine. Specifically, he made the point that while collective decisions will never achieve mathematically perfect equality, we can improve current levels of inequality if we just find a way to aggregate individual comparisons of value into collective decision making (Sen, 2004). Sharing stories about what fairness means to your group is the fastest way to aggregate individual comparisons. Sen suggests reviewing “imprecise” interpersonal comparisons beyond the reach of mathematical measures – where life, in all its uncertainty and ambiguity, is actually lived. For instance, a papaya is useless to a person who dislikes them while simultaneously valuable to the person who enjoys them – even if the mathematical measure of both papayas is demonstrably equal. If the papaya-hater trades her papaya for two of the papaya-lover’s oranges this mutual mixing of subjective valuations can create a mutual experience of fairness, if not a mathematically defensible one.

When it comes to trust, logical rational models are of limited value. Rigid models invoke the damning effect of ignoring the paradoxes that yes, may violate logic but also sustain social trust. It’s time to do a better job with this “both/and” thing by sharing and validating multiple perceptions of what fairness means in action.

Annette Simmons has travelled internationally while working with government, business, religious, and educational organizations. Her ability to deliver practical, easily implemented solutions when groups were antagonistic or deadlocked has gained her an international reputation in group dynamics.
PrevPreviousStoryteller’s Confession: My Secret Mission