Hanging Out in Our Underwear

Stories get told when extra-ordinary events happen, and these change relationship only when they feel personal.  Read on….

During a recent visit to Austin, I met a ring-tailed tooter named JoAnn.  As true Southern ladies, we got to know one another before mentioning anything tacky like the property I called to discuss.  We shared our personal histories in two minutes and I found out, among other things, that JoAnn’s husband was a Texas politician during the 1960’s and 70’s when when John F. Kennedy’s assassination in Dallas turned Texas’ own Lyndon B. Johnson (LBJ) into the U.S. President overnight.

This is just one of JoAnn’s stories.  Yes, Texas stories can be heavy on the hyperbole…but I think this one is more true than not.

When LBJ was first in Washington, legislators lived in dorm like facilities.  They didn’t bring their families and set up homes like they do now.  They shared bathrooms just like any dorm with long lines of sinks with shower stalls in the back.  They were all men at the time, (of course).  In the morning, the men wandered around in their underwear, lining up at the sinks to shave, brush their teeth, or tend to their coiffure.

LBJ knew that you don’t get bills passed without relationships.  He was new in Washington and he needed to develop his relationships.  He used an ingenious strategy.  He kept track of the early birds and the men who slept in.  When the first early bird stood at the sink, he was there with his tooth brush.  He was also there – perhaps  shaving this time – when the next important contact stepped up to a sink. Not every time,  but often enough they’d get to talking.  It really didn’t matter.  Standing next to someone in your underwear bleary-eyed, preparing for the day family style creates a bond of familiarity.  According to JoAnn, when he had the opportunity he spent whole mornings in his underwear working the sinks.

As JoAnn put it, “It’s hard to keep your defenses up when you are standing there in your skivvies.”  Lyndon B. Johnson started life-long relationships that held firm as he championed historic advances in social and civil rights. Telling stories is only half of our storytelling practice.  Living stories, creating stories that live in the minds of others is perhaps more important than the telling.  LBJ created opportunities for mutual stories to happen.  By the time he became President, enough people knew him – not in the Biblical way, but in the underwear way – sort of like a Texas cousin.

Experiences are the best teachers, right?  We need to create experiences, maybe not literally hanging out in our underwear with customers, contacts, political leaders, funders(unless you can organize a camping trip!) but we can certainly drop our agenda long enough to metaphorically “hang out in your skivvies” and together live a story worth remembering. Biographer Robert Dallek, in Portrait of a President (2004) summarizing Lyndon B. Johnson’s career called him a “tornado in pants.”  I guess he never saw him in his underwear.

P.S. I was happy to read Jim Signorelli’s new book Storybranding because he makes a strong case that story telling requires that your story happens, first.  Same thing. 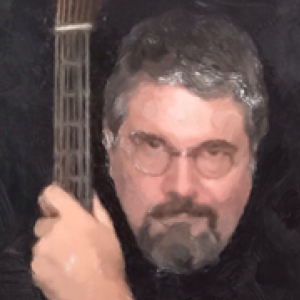 7 thoughts on “Hanging Out in Our Underwear”