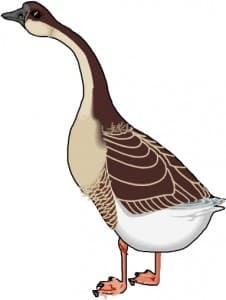 The new forms of this game have the potential to twist truth in ways that kill ideas that matter far more than just killing the research project described in the quote below:

“Hal was there only as a sophisticated untracker in groups.  Untrackers get you going down the primrose path…you feel comfortable going…the whole way through.  In order to avoid implementation of my [research] idea, Hal said it sounded great but ‘we need…to get the…clinical investigation committee to approve the scientific merit.’ And so on and so forth….What he knew [was] that if you have a bunch of fairly bright people…you can make it sound plausible…. what he said was absolutely right on target, but the intent…was not scientific merit. [It was to block the research.]

The term “untracker” is an excellent way to define a camouflage game player.  This game is a common slapstick comedy routine. The Three Stooges played it all the time. One of them would point and yell, “Look over there!” and when the target looked in that direction the “untracker” could steal whatever he wanted while they weren’t looking. You may have played it yourself without malicious intent.  It’s what siblings do to get the last cookie.  But when the stakes are high, involving difficult truths, it’s not funny.

“It’s the wild goose chase. If they send you off on enough of them, you won’t think the thing to be hunted is in their territory. It appears so credible…’If I can get you away from my territory then I win.’”

From the original research in 1997, it was clear that most untrackers hid their misdirection in the camouflage of support: just one more additional step, an opportunity we should wait for, adding one more expert.  Sometimes the tactic is to get a group to bite off way more than they can chew so they choke on their own good intentions before their program has a chance to invade protected territory.  Frequently it works so well people really believe the game player’s insistent claims of positive intent.

Capitalizing on someone’s insecurity doubles the game player’s ability to create confusion. The goal is for emotions to hijack the rational mind. Calling attention to someone’s embarrassing past, a mistake, or asking in the middle of their presentation “what’s that brown thing hanging out of your nose?” is enough to steal momentum or stop a speaker dead in her tracks.  The game player almost always pretends they are trying to help. In particular, to help us avoid some perceived disaster they intend to illustrate in vivid detail. Because the fastest way to misdirect attention is to find a threat and supersize it.

“So it ranged from discounting to actually creating perceptions of threats.  A new program was positioned to be potentially dangerous to the welfare of the company in order to keep it from effecting the way a group of managers liked to do business.”

When game players point out multiple threats and escalate perceptions of dire consequences they can make a group so dizzy with confusion the group is much more likely to defer to an authority (usually the game player) to save them.  This game incorporates the art of illusion – make the threat seem big enough and scary enough and no one has time to think or to do the hard thing.

Like all of the games, the Camouflage Game works because people participate.  When we look “over there” and stop paying attention to what we know is true, we are the ones who make the game work. And the most susceptible groups are always those of us with tough dilemmas we can avoid indefinately every time we agree to “Look over there!” Rather than making hard decisions and making the painful sacrifices the situation demands we opt for rubber necking someone else’s disaster. I suspect this hasn’t changed.

I’ve been trying to infiltrate the halls of power for decades. My secret mission is to increase the diversity of thought by teaching those without a voice how to tell their stories and by teaching leaders how to find and retell stories that broaden everyone’s understanding. END_OF_DOCUMENT_TOKEN_TO_BE_REPLACED

Truth in Storytelling When I wrote the first edition of The Story Factor twenty years ago, I began with the... END_OF_DOCUMENT_TOKEN_TO_BE_REPLACED

The Moral Dilemmas of a Lion, a Scarecrow, and a Tin Man Frank Baum’s original introduction to The Wizard of... END_OF_DOCUMENT_TOKEN_TO_BE_REPLACED

Blueprints for Building Trust Learning to drive was fun until I hit the mailbox. I burst into tears, blaming... END_OF_DOCUMENT_TOKEN_TO_BE_REPLACED