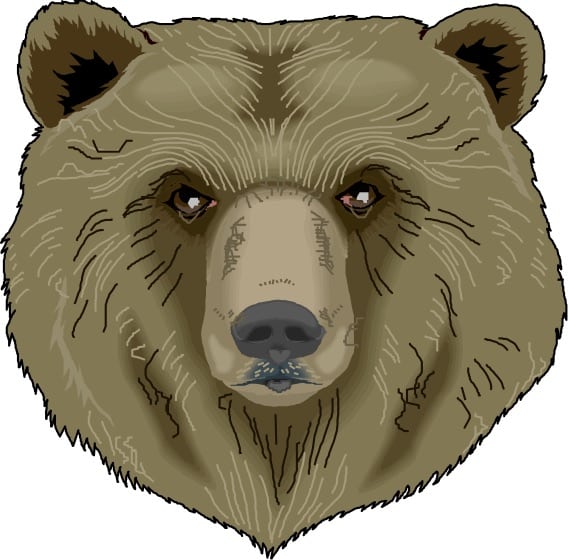 The Intimidation Game (2nd of ten):

The transcribed stories from the original research still describe how intimidation games scare people away from a game player’s protected “territory:”

All of a sudden he flared into a defensive kind of maneuver. He lapsed into another language…It was uncharacteristic of this guy. He turned crimson.  He was saying, ‘I made the decision. It was my judgment to make.’ Underneath all that, I was hearing, ‘Look, back off. Say out of my turf regardless of the data”

“He was angry. His face got red. Then he became accusatory and belligerent. He said the people who had done the study didn’t know what they were doing. The outcome in my opinion was that the subordinates of the manager said, “well, it looks like we don’t go out and ask anybody questions any more.”

Used to be… when someone tried to control your ability to ask about or speak truth using intimidation – i.e. social, sexual, verbal, emotional attack or humiliation designed to embarrass you, frighten you, shut you down, shut you up or back you off – the most elegant solution was to calmly stand your ground and let the game player learn that intimidation doesn’t work on you or just let them escalate until they look like the crazy one as you sit there being your best “Ghandi self.” One of the black women I interviewed projected this idea from the hypothetical into the realm of possibilities when she told me her story: She felt intimidated into leaving a meeting when a terse white male boss whispered, “you don’t actually need to stay.” She flushed with embarrassment, left the room, and when walking down the hall came to herself – decided she had every right to sit in on that meeting – and walked back in, calmly taking her seat with every ounce of dignity intact and zero visible resentment. Staying sane while standing your ground does work.  Another favorite story was when a 2 star General screamed at a female Lt. Col. “WHY DON’T YOU JUST GROW UP!?!!” only to have her lean calmly back and ask, “Okay, but could you be more specific?” So for sure, in many cases, the intimidation game can’t work if you don’t participate.

On the other hand I admit as a woman it is still very difficult for me to stay sane when a man escalates the intimidation game – particularly when using sexual harassment triggers.  Old PTSD kicks in my “freeze” mode or hyper-activates my fight/flight responses and I “lose it.” For me, the #metoo movement is like a support group for women who have decided we will no longer be intimidated by territorial games.  I genuiely believe that women have to work together to fight this sexualized form of the intimidation game.  But I digress. Yes, the intimidation game can be gender specific – but it is also universally human for multi-gendered tribes who CONTROL information, status, and relationships to use intimidation games to silence true stories about any injustice, inequity, or dehumanization embedded in their preferred solutions.

Facing an intimidation game with non-violent noncompliance still works as long as the intimidation is a bluff.  Those of us who have previously been intimidated from truth telling need good strategies when power brokers use the intimidation game to silence or force our collusion. We have to train ourselves ahead of time to breathe deep when we hear an escalated voice, personal attack, or other threat.

“I’ve observed in meetings that key managers or top managers in an organization – particularly when they’ve got subordinates in the room – can be very intimidating. If they don’t like what they are hearing, they will give either verbal or body language …[and] rather than pursue a particular point, the subordinate will shut down. Some signals are furrowed brows narrowed eyes, shaking the head back and forth or even shouting, “What in the hell are you talking about?” So they effectively shut down something …that feels threatened as a result of what they say.

And it’s not just in meetings now of course.  Online “dialogue” allow trolls to expand intimidation game to a depersonalized extreme now that technology sequesters them from experiencing negative consequences for speaking to others with inhumanity and disrespect. I have also experienced the intimidation game from certain clients whenever I try to talk about the ethics and morals of storytelling. It’s turned nasty at times. Nasty enough for me to walk away.  I feel a bit ashamed that I gave in – another reason to start writing out loud about it.

Also…you know what I find intimidating now? The amount of time I have to stay on the phone to ask a question about my health or my finances. It takes effort to stay obedient to the procedures required of me before I am allowed to ask a question or cancel a service.  In some cases it means sitting on hold, waiting for instructions to press the right numbers while trying to tune out force fed marketing messages, in other cases it means signing in to an online system designed to keep me in line, keeping track of intentionally meaningless passwords that change every month, forfeiting privacy and agreeing to god knows what terms and conditions, until I give up on justice or healthcare completely.  Which lately, I must confess has caused me to back off, give up, hibernate, avoid, and hunker down. I’m just hoping writing this journal will help reverse my backward motion.

I’m not saying I have answers. I’m simply writing about these ten games to re-examine what’s going on at a granular level so we can maybe get a more accurate perspective of how these formerly “in-person” games have translated to technological dogma and algorithms.

Annette Simmons has travelled internationally while working with government, business, religious, and educational organizations. Her ability to deliver practical, easily implemented solutions when groups were antagonistic or deadlocked has gained her an international reputation in group dynamics.
PrevPreviousTen Games People Play to Control Truth (1)
NextTen Games People Play to Control Truth (3 of 10)Next