Stories with a Moral Blueprint – part 7 of 8 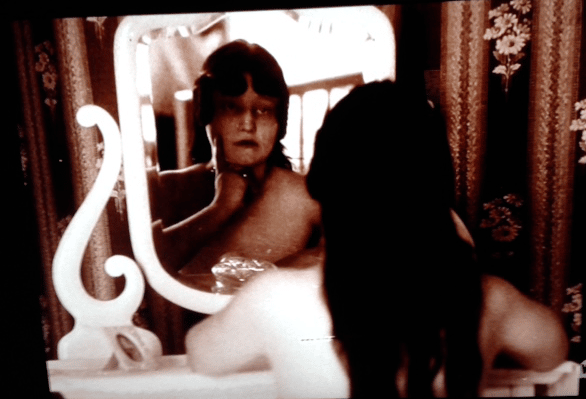 When I wrote the first edition of The Story Factor twenty years ago, I began with the idea that people don’t want more information. They want faith in you and your positive intentions. I never suspected that two decades later we’d be discussing an explosion of stories that intentionally undermine this faith. Without the conventional power of weaponry to achieve their goals, certain groups have learned to harvest the twin powers of stories and technology. These weaponized stories persuade neighbors to attack each other as enemies. They undermine trust and often trick us to act against our own best interests. Now that technology amplifies the frequency and reach of malicious storytelling, the power of malicious storytelling to destroy social cohesion is more evident than ever. These results call on all storytellers to double-check that the stories we tell do not erode our ability to balance competing needs.

The good news is that stories only get better when a teller digs deep to reveal capital “T” Truths that that engage, describe, and explore real-life ethical issues. I knew a retired preacher, now dead, who complained to me that writing the history of his church only produced a flat, boring story. I innocently suggested, “Then you aren’t telling the whole truth because in my experience telling the whole truth makes every story more interesting.” He responded, “You mean I should tell about the S&M affair I had with a female preacher from the next town over?” Stunned, all I could say was, “Well, it already sounds more interesting.” It’s an extreme example, and no, his affair didn’t make it into the church’s history. But I share this story in the hope it will help you remember that withholding truths to control a narrative is a recipe for flat stories. Interesting stories take on ethical dilemmas, paradoxical truths, and lift our gaze from the transactional to the transcendent. Sanitized stories are boring.

Digital storytellers now seem to be rediscovering this fertile ground after initial attempts to mechanize, accelerate, and simplify storytelling produced lackluster results. One approach I admire provides a personal Bitmoji avatar to illustrate real-life paradox with image-based stories we can drop on top of real-life photos or video to add more meaning. For instance, the Bitmoji avatar that shakes off fear before walking across hot coals, then celebrates a very short while before his or her feet burst into flames. The “damned if you do, damned if you don’t” dilemma is a paradox we have all experienced. Drop this Bitmoji sequence onto a wedding or graduation photo on Snapchat and the reminder that joy and suffering are usually a package deal can make us feel more connected.

Chatbots, on the other hand, have trouble with paradox and universal dilemmas. From the get-go, I’m wary of the ethical implications of designing a bot with the precise goal of tricking humans to believe a machine is also human. Even more worrisome is the idea that this trick is often achieved by teaching humans to think so much like machines that we can’t tell the difference. Chatbots tend to simplify paradox into binary options that discourage any inquiry that might undermine the bots programmed goals. Natural language processing can obviously be automated. But how could we possibly develop a machine that won’t oversimplify moral paradoxes? It’s not surprising that initial attempts, like Microsoft’s experiment with the chatbot on Twitter named Tay (“thinking about you”), quickly learned to maximize the speed of response rates with racist, sexist, and Nazi-sympathizing posts.

From the beginning of time, humans have recorded organic wisdom with stories to guide real-life personal choices. Today it seems that a search for organic wisdom, or even a road less traveled, is blocked by increasing arrays of algorithmic chutes and ladders designed to lead us to travel only the roads that are profitable to the road builders. (As opposed to the original Snakes and Ladders game from the second century bc that illustrated karma by characterizing good deeds with ladders and evil deeds with back-sliding snakes.) This algorithmic distortion means you can search the internet for advice to treat any chronic disease, and the solutions you find are typically controlled by whichever group profits most from your misfortune.

“Commodified fantasy takes no risks: it invents nothing, but imitates and trivializes. It proceeds by depriving the old stories of their intellectual and ethical complexity…Profoundly disturbing moral choices are sanitized, made cute, made safe. The passionately conceived ideas of the great storytellers are copied, stereotyped, reduced to toys, molded in bright colored plastic, advertised, sold, broken, junked, replaceable interchangeable.”

Ancient Aramaic tales of genies (jinn) feature tricksters with supernatural powers who grant extravagant wishes purely to teach a character how to watch what he wishes for. Now that we have manufactured supernatural technologies that reach exponentially larger audiences and grant extravagant wishes at the press of a button, we are relearning the hard way to watch out what we wish for.

Certainly there are those who will argue that business is not responsible for keeping moral stories alive. But one thing I know deep in my bones from more than twenty years of teaching stories in the business environment is that facing a moral conflict and taking a stand builds trust much faster than sidestepping these issues. In order to stand out your stories need to show what you stand for.

It is emotion, not numbers, that keep us engaged, drive us to protect the weak, fund philanthropy, and fuel our search for justice, equity, and meaning. Just because it is impossible to quantify the long-term payoffs of moral actions doesn’t mean they aren’t worth the investment. And just because you want to make a profit doesn’t mean you need to engage in the dark arts to do so.

Annette Simmons has travelled internationally while working with government, business, religious, and educational organizations. Her ability to deliver practical, easily implemented solutions when groups were antagonistic or deadlocked has gained her an international reputation in group dynamics.
PrevPreviousStories with a Moral Blueprint – part 6 of 8
NextStories with a Moral Blueprint – part 8 of 8Next