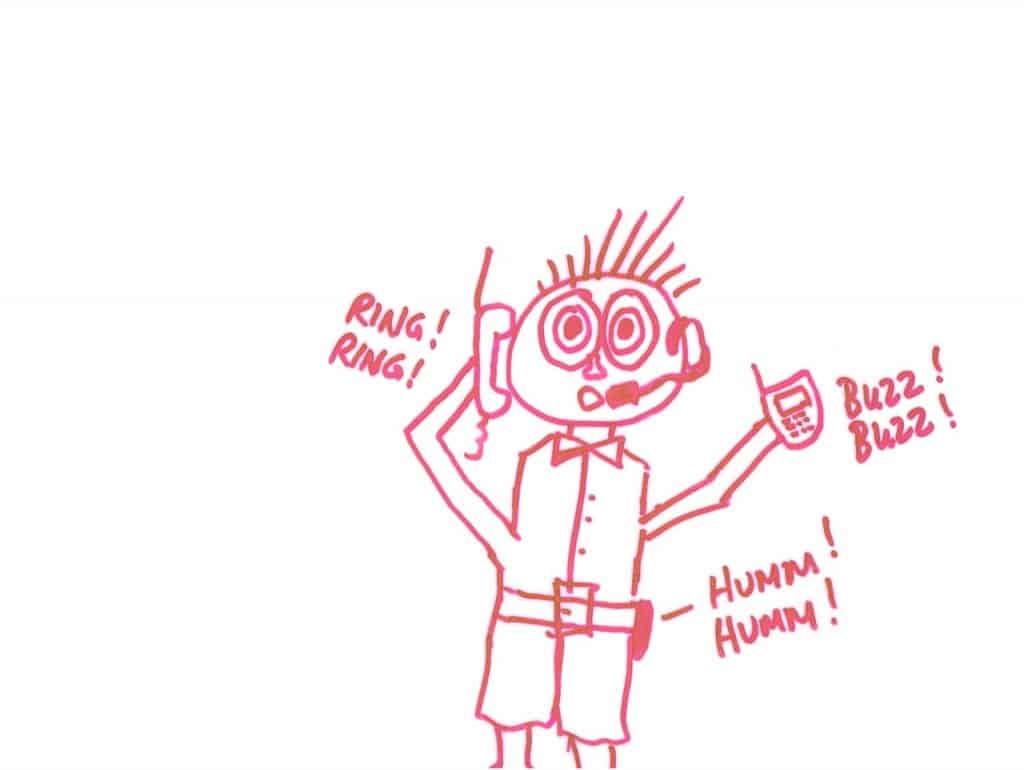 Using Art to Create A Safe Place for Dangerous Truths

When you walk into a room and see people leaning back with crossed arms, responding to words like “teamwork” with rolling eyes and cynical smiles, or worse, staring into space with blank faces of apathy, it is hard to expect you will accomplish much.  Yet, you risk — if you ask about “the problem”— potentially hours devoted to a vitriolic bitch session that can demoralize the few previously happy people and intensify the cynicism of the unhappy ones.

Catch-22?  Not necessarily.  Not if you can change what this group ‘sees.’  If they currently see a Dilbertized, unjust, hopeless situation where they are surrounded by jerks and led by fools, it’s no wonder they aren’t excited about their jobs.  But if you can change what they see, then you change how they talk, how they think, and how they act.   I’m not talking about rose colored glasses, either.

They need to look straight at whatever “dangerous truth” or “undiscussable” topic is sabotaging their efforts to move forward, and they need to look at it long enough to see something they don’t see now.   Most groups  give up their efforts to address dangerous truths — not because they haven’t tried to talk about it.   But precisely because they have tried to talk about it — and discovered that they fruitlessly loop through the same old routines with no relief.  As a trainer or facilitator you want to help them break out of that loop.  You want to open up a new perspective, forge a new path for discussion that offers a “way out,” and that promises relief.  How? May I suggest colored markers?

Art helps us see what we are missing.  Sometimes we see another’s point of view, sometimes we see how small our own point of view is, and sometimes we see that we aren’t alone.  Seeing more or seeing better always improves the quality of the decisions we make and how effectively we work with others.  When I ask a group to draw what they see, they usually find something either in their own drawing or the drawings of others that changes their point of view, enriches their grasp of the bigger picture, and pops them out of the small picture, hopelessness, or cynicism that keeps them stuck.  Art, as a tool for self-expression and communication, moves beyond the limits of language.   As a group process, it is a paradigm buster.

I discovered art as tool when I first began consulting on turf wars.  Turf wars and ego battles are usually beneath the surface and only discussed in private.  It isn’t safe to discuss the “truth” in a group.   My “metaphor map” exercise was designed to more rapidly reveal the hidden dynamics in an organization.  I needed to know, fast: Where are the “us/them” lines drawn? Who are the game players? Where is the worst infighting?   These were questions that usually required dozens of hours of private interviews. Art speeds things up.  I asked key people (after a short set-up), to use metaphors to draw maps of the “terrain” within their company.  I asked them to show breaks in communication as bridges that were out, Grand Canyon-like divides, walls, etc.  Whatever metaphor that best described “what was really going on.”  They drew pictures that packed a punch.  They revealed truths that were too dangerous to discuss, yet were suddenly safer with the protection of metaphor.  And to my delight, the exercise proved to be much more than a diagnostic “needs analysis.”  It not only revealed the problems but the process of sharing their maps and telling their stories began to simultaneously solve the problems, as well.

The Opportunity to Tell Your Story

When people don’t feel heard, they don’t listen.  Whenever a group needs to share information, resolve differences, or learn from each other the hardest part of your job is to get them to listen.  They want a chance to “tell their side of the story” first — before they will open their ears to hear other’s “stories.”  Stories are told at a much deeper level using art because there is room for emotional content and because metaphor embraces non-linear concepts obliterated by sequential bullet points on overheads.  When you use an exercise like the metaphor map, everyone knows they will get their turn.  There is no cross-talk because people are listening – really listening.  They are curious.  For whatever reason, these drawings are always more interesting than carefully prepared overheads. Genuine curiosity spontaneously creates deep listening.
Unfortunately, people tend to think they either need to be artistically talented or institutionalized in a nut farm to draw. If you decide to use a drawing exercise, you will need to spend a bit of up-front time overcoming resistance with some kind of set-up.  Below are some suggestions that will help.

1. Create trust.  Spend time establishing rapport with the group.  A group needs to trust you, before they will try this.  They will intuitively know this is a self-disclosure process that can be abused.  Let them see you are interested in a mutually beneficial discovery process not a manipulation process.

2. Stimulate hope.  Talk about what they could accomplish if they really worked together.  Reveal a few “truths” of your own.

3. Pre-empt blame and feelings of defensiveness.  Describe territorial and negative feelings as natural reactions to stress and uncertainty.  Talk about the predictable games that people play when there are too few resources and too many priorities.  Make it o.k. to admit to “negative” feelings.

4. Make it safe.  Make agreements that make this exercise safe for everyone.  Agreements on confidentiality, respecting everyone’s point of view, seeking first to understand, etc. (I’ve even agreed to shred the pictures after the meeting.)

5. Instill confidence with clear directions.  Ask them to draw a picture that is a metaphor for their organization – to go at least one level bigger than their day-to-day interactions.  Explain that their drawing is going to be a piece of the puzzle that only they can see.  Give them lots of ideas for metaphors: bridges, bridges that are ‘out,’ walls, unkempt vs. kept garden, cityscapes with slums, ships, islands, a golf course, whatever.  Then let them draw whatever they want without judgement.

6. Give everyone a chance to tell their story. Assure them that no one has to share if they don’t want to (if you set it up right, most will want to).  Ask the most willing to show their pictures to the group and describe their metaphors without making judgements or naming names. Humor is your ally.  There are always funny pictures and lots of giggles.  Encourage a sense of fun.  Invite questions of clarity only.  Ensure questions stay within the safety of the metaphor.  For instance “Are you saying our department is lazy?” Needs to be rephrased as “Are these “carpet people” dong any work?”

Drawing can invoke an altered state. When you try a drawing exercise you will notice that as your group begins todraw, a hush descends upon the room.  It is similar to a trance state –a state that invites transformation.  People see things they missed before. Suddenly they see another’s point of view, the bigger picture, and/or the fact that other’s want the same things they want.   They can see because it is safe.  And because a picture is worth a thousand words.

Annette Simmons has travelled internationally while working with government, business, religious, and educational organizations. Her ability to deliver practical, easily implemented solutions when groups were antagonistic or deadlocked has gained her an international reputation in group dynamics.
PrevPreviousThe Big Secret
NextSinking ShipNext