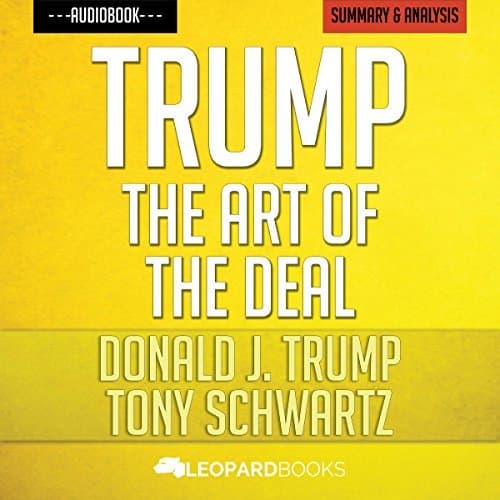 Most of this post comes from the July 25, 2016 issue The New Yorker by Jane Mayer you can read in full here.

Storyteller and writer Tony Schwartz feels “deep remorse” for ghostwriting the 1987 bestseller The Art of the Deal an “autobiography” of Donald Trump that arguably crafted the beguiling character now running for president. Character development is central to good storytelling. Tony Swartz is good at it.

I feel for Tony. Because I think every talented storyteller makes concessions to power and money at one time or another. Half the time, we don’t know the cost of the concession until it is too late. So this post is a result of two days of me wondering how we can tell which concessions might lead to deep remorse and how to avoid them.

Because a story must be specific to feel real we constantly risk what Chimamanda Adichie calls the danger of a single story. Painting a pretty picture can hide injustice, greed, and other sins. Likewise a fearful future can hide hope, positive intentions, and unexplored solutions. Paul Costello writes “a story is never innocent.” (I highly recommend his Ethical Principles of Narrative Work)

How did it happen? How can we make sure it doesn’t happen to us?

The current story is that Trump’s book wasn’t Tony’s idea. It wasn’t even Trump’s idea. It allegedly originated when S.I. Newhouse (dead now) owner of Advance Publications (privately owned media company) called Trump with a book offer via Random House (sold) because an article about Trump bumped sales. S.I. Newhouse used the numbers to conclude that a book about Trump would make a good investment.

Tony says he coincidentally contacted Trump to do a Playboy interview and during their conversation learned of the book deal, suggested the title “The Art of the Deal.” He agreed – for half of the book’s five-hundred-thousand-dollar advance plus half of the royalties, far more than normal –to ghostwrite it. Today, Tony says he will donate these royalties to charity but from what I can tell, he means “from now on.” He didn’t state what he’d do with the millions of dollars of royalties he’s already earned in the last thirty years.

Tony is still in the storytelling business.  Today he runs the Energy Project, a consulting firm that promises to improve employees’ productivity by helping them boost their “physical, emotional, mental, and spiritual” morale.   The quote “I’ve spent significant portions of my life trying to doing penance for having written that book,” is less a mea culpa than an excellent backstory for his current consulting gig. I’m willing to bet Tony Swartz will make more money than ever. But I’m bitchy that way.

It is none of my business. I’m simply looking for useful clues on the mechanics that lead to “deep remorse” to help storytellers make a living without choosing to “sell out.” (Tony Swartz words, not mine.)

In the New Yorker podcast Tony recalls it was 1985. He had a mortgage he couldn’t afford and a second child on the way. He knew writing the book, “might undermine my credibility as a journalist.”  In the end, he admits, “I did it for the money.”

There were still opportunities to walk away. His first meeting, after less than 30 minutes of asking for substantive content, Trump asked, “Do really have to talk about this stuff?” Tony replied that “it’s a lot of space to fill and I can’t just make it up.” Tony: “It’s not that he was private – he was just bored and distracted. He wanted to move on …It was like pulling teeth.”

“…while I’m fascinated by Trump and while it’s been an interesting experience the last thing you could call it is nourishing or enriching, its in fact, precisely the opposite. It is draining, its deadening, its one-dimension-alizing.

It pulls me away from all that is best in life: complexity and subtlety and caring and nurturing. All he is is ‘stomp, stomp, stomp’—recognition from outside, bigger, more, a whole series of things that go nowhere in particular, because it’s all a black hole.”

“the book will be far more successful if Trump is a sympathetic character—even weirdly sympathetic—than if he is just hateful or, worse yet, a one-dimensional blowhard.”

“I would walk through what I understood, they would smile or shrug or roll their eyes” and some would share their description of what happened/ There were times when he pointed me to facts that just weren’t true. Tony invented the phrase “truthful hyperbole” rather than call it what it was.  Lying. In the end,

You and I like to think we have good character. Most storytellers do. But research proves that context, not character, is a better predictor for this kind of slippery slope behavior.

Contexts that put a storyteller at risk:

Sociopaths are charming and charismatic. I’ve been sucked in by two in my career (that I know of). In both cases, I didn’t know until the middle of the work. One was a class action lawyer who asked me to teach his thirty support lawyers about storytelling. In the middle of sharing stories, he took over – putting people on the spot, embarrassing them, criticizing in spite of my design of “no critique.” It was awful. I called him out in private, then did the best I could to save the people and end early. Later I learned that he rigs the annual softball game every year so all the good players are always on his team. Ask around, maybe you will be lucky and find a telling detail like that before you take the client.

The other time I worked for a sociopath she seemed smart, enthusiastic and eager to create a safe place for dangerous truth (a rather intense approach to dialogue). By lunch, I knew. I begged her ‘this is a room full of people just dying to make you proud, but they aren’t sure how.” Blank stare. She told me, “I decided to fire those four last Friday.” The four people who’d had the courage to speak. I regret helping her identify new victims.

Throughout history storytellers have been the conscience of our species. Today evolutionary psychologists posit emotions are the collective error managment system vital to human survival.  Emotion is the only reason humans suffer for each other,  forgive, share, love, and communicate, Remove emotion from your decisions and we lose these things.  If it feels bad, it probably is.

Tony Schwartz current clients include Facebook, Google, and other powerful rich organizations. I just hope he has a system in place to avoid doing something else he might regret in another thirty years. 2046 isn’t that far away.

Annette Simmons has travelled internationally while working with government, business, religious, and educational organizations. Her ability to deliver practical, easily implemented solutions when groups were antagonistic or deadlocked has gained her an international reputation in group dynamics.
PrevPreviousThe Secret of Storytelling: Take a bite
NextThe Story Factor Audiobook: Connecting the Dots 2001-2016Next