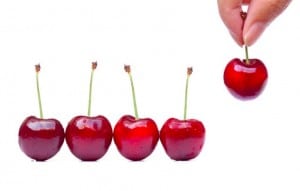 Stories that cherry-pick correlations and represent them as causation can be misleading.

The best storytelling templates arise from the arts. Improv artist Kenn Adams laid out what he called a “story spine” as a mechanism to help children and adults play with improvisational theatre. According to Kenn, the origin of his template arose from his desire to bring arts, creativity, and improv play to more people. The template is a guide for creating characters and a plot that produces a spontaneous play that is as satisfying to the players as the audience.

Because of that, ___.
Until finally ___.
(And ever since that day______.)
A beginner storyteller given this template might find fill in the blanks with merely plausible events and characters instead of looking to personal experiences with real people, actual life events, and the sensations of time and space. No template can correct for a storyteller who doesn’t remember to “write what you know.” It’s worth noting that this template is only one part of Pixar’s 22 rules of storytelling. Without the other twenty-one rules the template could be limited to creating merely feasible characters negotiating hypothetical situations. Apply the other twenty-one rules, such as “remember that what is most fun to write doesn’t necessarily translate into what is most interesting to an audience,” and the template becomes much more useful.

The novelist E.M. Forster famously stated that “the king died then the queen died” was not a plot until adding the detail that the queen died “of grief”. Some have interpreted this to mean that stories set up clear cause/effect relationships. It’s not a bad way to hunt for a plot – love sets you free, pride leads to a fall, etc. – but this method risks oversimplifying relational truths, and correlations. Love usually kicks your butt before it sets you free and pride leads to wins as well as losses. Whenever a storyteller forces a story to suggest an easy cause/effect relationship he runs the risk of omitting complexities that render the story as recognizably realistic. Perhaps the king killed the queen’s lover before he died. Her grief gets a bit more complex and the reader is offered more freedom to come to his or her own conclusions.

There are risks to restricting a story to the format of cause and effect. We create unnecessary problems when we tell a story that suggests a clear single cause and direct effect, when the truth is far more complex. Cause/effect stories can discredit story-supported social norms, like the golden rule. For instance, if a story translates “do unto others as you would have them do unto you” into a cause/effect relationship, it unilaterally suggests treating people fairly automatically causes others to treat you fairly in return. Forcing a story to characterize any human dilemma as an effect of a single cause unwittingly encourages oversimplified solutions that don’t work in real life. Even when simple parables imply cause/effect sequences, the goal is to reinforce reliably accurate correlations—not statistically provable causes and effects. Within storytelling, then, be advised that impressions of cause/effect are usually metaphorical and correlational.

I’ve been trying to infiltrate the halls of power for decades. My secret mission is to increase the diversity of thought by teaching those without a voice how to tell their stories and by teaching leaders how to find and retell stories that broaden everyone’s understanding. END_OF_DOCUMENT_TOKEN_TO_BE_REPLACED

Truth in Storytelling When I wrote the first edition of The Story Factor twenty years ago, I began with the... END_OF_DOCUMENT_TOKEN_TO_BE_REPLACED

The Moral Dilemmas of a Lion, a Scarecrow, and a Tin Man Frank Baum’s original introduction to The Wizard of... END_OF_DOCUMENT_TOKEN_TO_BE_REPLACED

Blueprints for Building Trust Learning to drive was fun until I hit the mailbox. I burst into tears, blaming... END_OF_DOCUMENT_TOKEN_TO_BE_REPLACED